For our final project, we studies one of the fundamental pieces of calculus: how all curves are made up of many straight tangent lines, specifically in string art. String art itself originally became more popular in the 1970’s when Mary Everest Boole began “curve stitching”. It can be used to create nearly any two dimensional figure or differential function.

The simplest of the curves that can be made with string art only uses the positive ends of the x and y axis which puts you in the first quadrant. To make a curved line you must start in the first position on the x axis and the nth position on the y axis. From there you move to n-1 and the x+1 place and continue this process until you wish to stop and you will be left with a curve, as shown below. Depending on how far away the positions are on the x or y axis, the intersection envelope will be either smoother or more edged, in theory the smoothness of the curve is infinite. Also, it is possible to make the curve wider or thinner by changing the angle of the axis.

Further, derivatives can be used to form a circle using a series of straight lines.

String art itself is made up of many Bezier curves. Bezier curves are lines that start and end at two different points but are also attracted to other points although they never touch them. The points that the lines are attracted to but never touch are called “control points”. There are three main degrees of Bezier curves, as shown below, but the one most common in string art is degree 1.

String art is more than just a pretty project with some math to pass the time however. Suspension bridges, such as the Jerusalem Chords Bridge that is shown below, use the same math so that the weight of the bridge is distributed towards the top so that the bridge can hold massive amounts of weight. 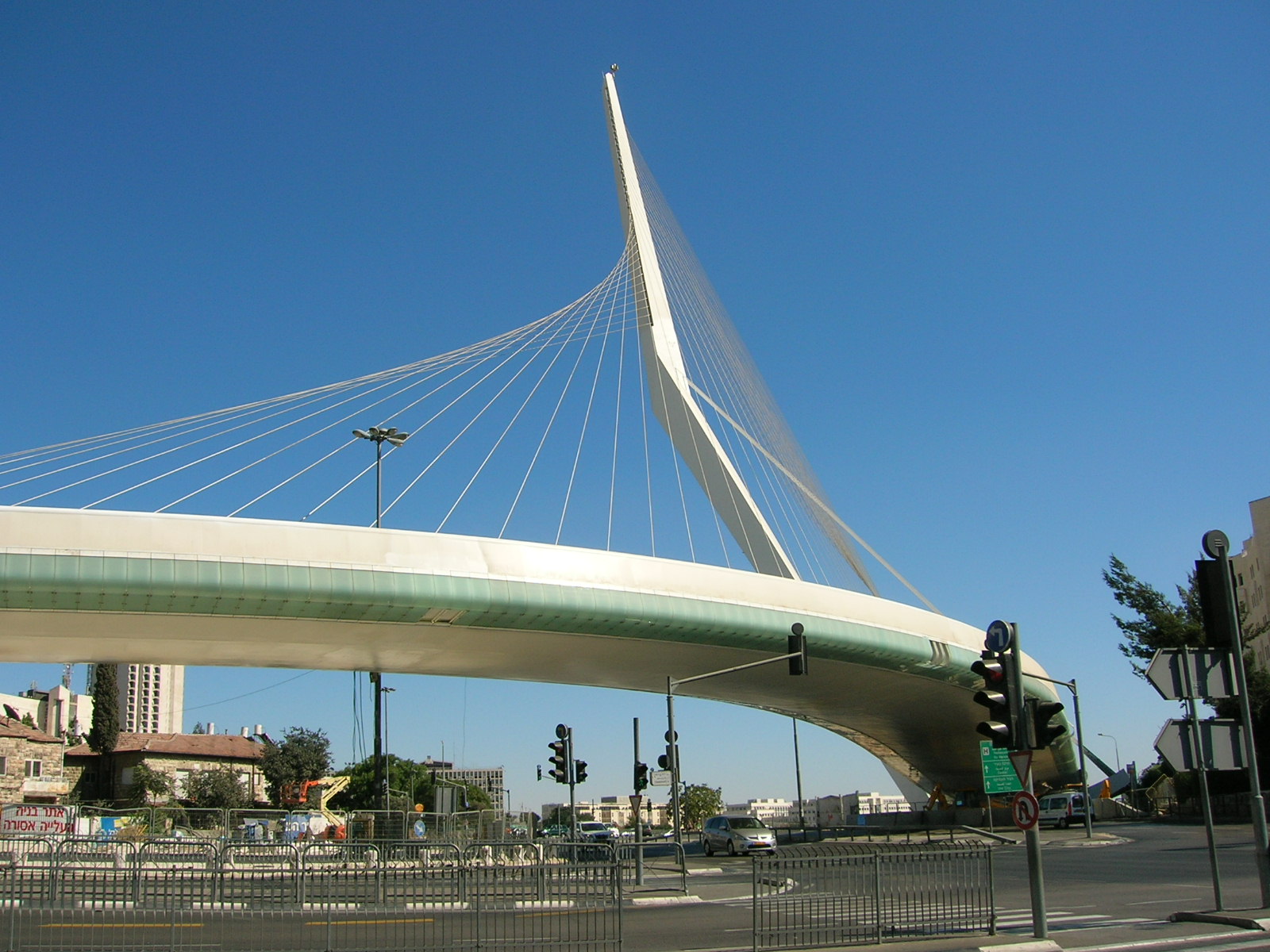 The math behind string art can be found in many aspects of many day life, whether it is a fun pass time, holding up a bridge, the curves in letters or something else entirely.